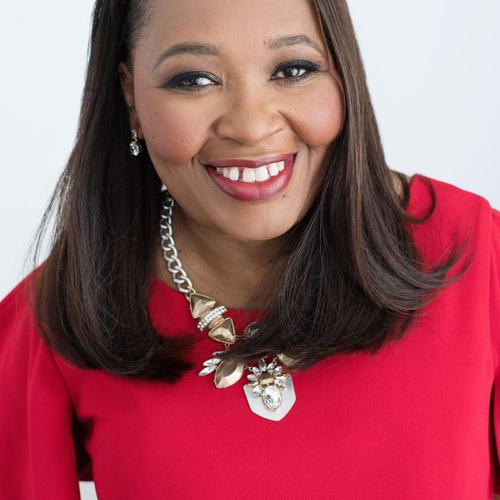 Talks covered by this speaker

Create Your Own Profitable Event, Virtual or In Person

Kearn Cherry is a speaker, coach, entrepreneur, author and collaborator. Some of her topics are "How to Put Butts in the Seats", How to Raise Funds for Your Event/Conference", "Turning Connections into Major Collaborations", "How to Get the Most Out of Your Conference Booth", and many more. She is the owner of PRN Home Care which is 23 years old. She’s vested over 30 years in the healthcare field and holds a degree in Occupational Therapy.

She is co-founder and director of Success Women's Conference which produced over 1000 attendees which will be held September 11-13, 2020. She also has Power Up Summit which will be held July 31 - August 2, 2020 in New Orleans, La. Mrs. Cherry is the Visionary author of her new book anthology - "Trailblazers Who Lead" with 27 co-authors sharing their stories. It is due to be released June 2020. She previously co-author in two anthologies: Women Inspiring Nations Volume 2 - "Success Must Be Taken" and "Unboxed". Mrs. Cherry will be starting her new podcast K Konnections in this year. She is host/executive producer of "Unwrinkled Heart Caregivers' Journeys".

Mrs. Cherry is a community activist who engages in developing community activities such as Blessed Gyrls Rock! and the creator of the R.I.P.E. Conference (Resources, Information, and Planning for the Elderly). She sits on numerous boards: Girls Scout State Board, Rebekah's House, Mental Health Association, Lighthouse Business & Professional Women and other organizations. She encourages women to network to increases that "Net" worth while building relationships that can lead to major collaborations. She often says "When one door is close go to the next one, if that would is close go around to the back, if that one is close, Create Your OWN, but never give up."

Mrs. Cherry has been featured twice in Essence Magazine. Once as the "Comeback Queen". She received numerous awards and recognition. She recently was recognized as one of the Top 50 Leading Business Women in Mississippi and the Governor's GIVE Award for Outstanding Achievement in Empowerment Initiatives. (see attached Awards list). Mrs. Cherry and her husband/business partner, Dennis are proud parents of three successful children.

Your logo could go here!

If you'd like to get your brand in front of attendees following the categories this speaker is talking about (on this page, via email and during each talk) contact us.
We use cookies This website (and some of its third-party tools) use cookies. These are important as they allow us to deliver an exceptional experience whilst browsing the site. Learn more about our cookie policy. By closing this banner, scrolling, clicking a link or continuing to browse, you agree to the use of cookies. Accept
I need help
No I need help
No I need help